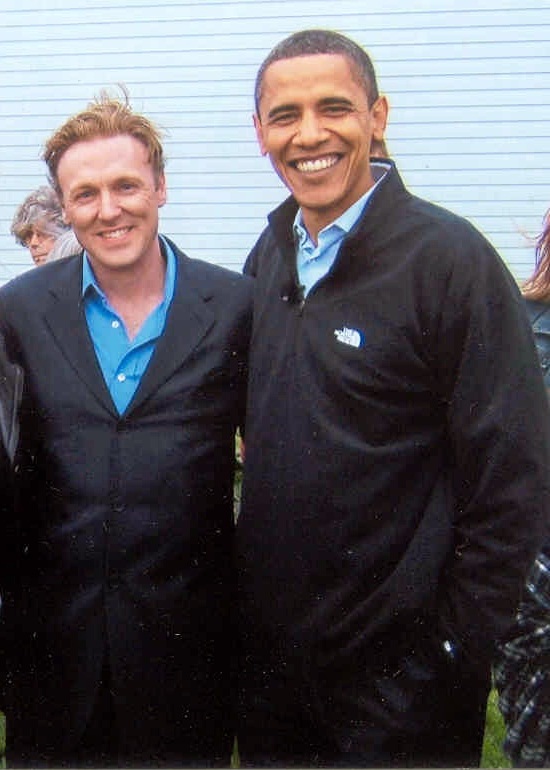 GREENFIELD — There was something about the house that caught Shawn Clements’ eye.

It might have been the tiger oak staircase with the original beveled glass mirrors. Or the pocket doors and 10-foot ceilings. Whatever it was, the historical preservationist bought the old rundown rural Kempton farm in 2003 and got right to work on what is now known as the Dunham House in Tipton County.

One afternoon, as Clements tells it, he was working on the renovation when an elderly woman stopped by for a visit. She happened to mention that Grover Cleveland, the 22nd president of the United States, had once stayed overnight in the house.

Clements researched the tidbit on the Internet, and while he couldn’t confirm her story, he learned the Dunham House was home to some of Tipton County’s historically prominent citizens. Then, the biggest discovery — unearthed from an article in the Chicago Sun-Times, linking another famous name to the house: President Barack Obama.

The house and the land are now the stars of a documentary called “Roots of Destiny,” which will have its premiere at 7 p.m. April 30 at the H.J. Ricks Centre for the Arts, 122 W Main St.

Since stumbling upon that first article, Clements has learned much about the historic home and its connections to the president. William Riley Dunham, who built the house in the 1880s, was Obama’s fourth great-grandfather on his mother’s side. And although Clements never found any proof that Grover Cleveland had ever been there, word quickly spread about the home’s historical significance, all the way to Washington, D.C.

In 2008, Obama came to town. It was just days before the Indiana primary, and while crisscrossing Indiana during campaign rallies, the young senator from Illinois made a stop at his ancestral home.

WHAT: “Roots of Destiny: An American Story” world premiere screening

TICKETS: Available at the Ricks Centre, the Hancock County Historical Society and online at booksbychapter.com for $10.