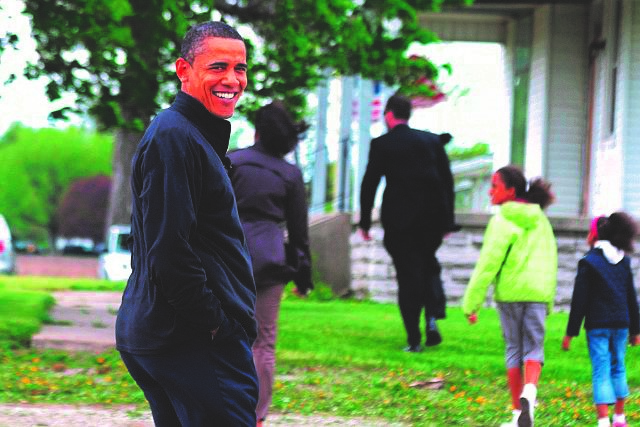 MARTINSBURG — President Barack Obama’s ancestral roots have been a topic of discussion since he first entered the national consciousness.
What many people may not know, however, is that those roots stretch all the way back to Berkeley County.  In an interview with The New Yorker magazine for its Nov. 28 issue, Obama told editor David Remnick about his heritage and name-dropped the Mountain State.
“I’m half Scotch-Irish, man!” he said. “When folks like Jim Webb write about Scotch-Irish stock in West Virginia and Kansas and so on, those are my people! They don’t know it, always, but they are.” Around the area, we tried to track down some of the people who do know it.

After researching files at the historical society, Funkhouser was able determine the land owned by the president’s ancestors was in the southwestern corner of the county, near Ganotown. When they left, they sold the land within the family, which Funkhouser said may account for the large number of Dunhams in that area today.

The Rev. Dottie Dunham, of Circle of Love Church in Glengary, was the first to answer a phone call from The Journal. Dottie, who married into the family, said the Dunhams are well aware of their connection to Obama. “Oh dear, yes,” she said when asked about it, before listing several other members of the family who she said may have more information.

Messages left with most of those family members Friday went unreturned. However, Lisa Dunham, also of Glengary, agreed to comment and discuss the family tree.   “I can pretty much tell you, if you’ve left messages and nobody’s called you back, I know why,” Lisa Dunham said. Lisa, who said the tie was discovered by a family member researching lineage about three years ago, said the family is “very private.” She said politics have kept them from being too proud about their distant relative. “I can only speak for my immediate family, but it’s just the fact that we’re very conservative and, of course, President Obama is not,” she said. “I have no problem against President Obama as a man, it’s just I do not agree with his policies or how he has conducted himself while he’s been in the office.” Lisa said a lot of the older members of the family are reluctant to make their family history known, just for the sake of privacy. They’ve been in no rush in particular to publicize their relation to Obama.
“I mean, it’s not anything we brag about by any stretch of the imagination,” she said.

Jacob Dunham and his family moved from Berkeley County shortly after Jacob Mackey’s birth, according to Funkhouser. They migrated through Pennsylvania and Ohio before ending up in Kempton, Indiana, in 1849. There, they settled on around 120 acres, which they purchased from the United States government for $250. 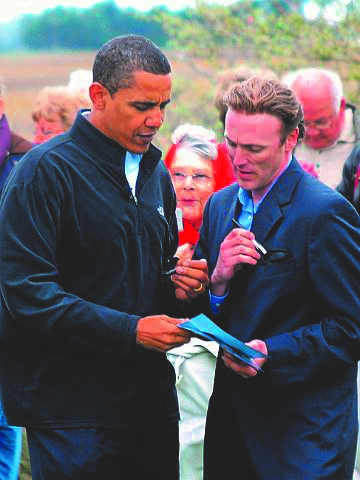 That land today is maintained as The Dunham House: The Ancestral Home of Barack Obama. Shawn Clements, the owner of The Dunham House, said not much is known about the Dunhams before they arrived in Indiana. “We don’t have any photos of him, we don’t know how (he and his wife) met,” Clements said.

Jacob Mackey Dunham had a son, Jacob William Dunham — Obama’s great-great-grandfather, who moved to Kansas with his family. At that time, the property in Indiana was passed on to another family member, William Riley Dunham, who served the Democratic Party for several years and represented Hamilton and Tipton counties in the Indiana General House of Assembly.
The home, which William Riley built, still stands on the original Dunham land.

While Funkhouser said he was surprised to learn of the connection between Obama and Berkeley County, he is never shocked by what can be found in a family tree.
“Genealogy is the historical equivalent of ‘CSI,'” he said. “You never know what you’ll find until you start looking for it.”
At The Dunham House, the family’s memory and its connection to the nation’s 44th president live on. “Jacob is known as ‘The Pioneer’ to us,” Clements said. “To come out here to this wilderness and swampy area, with Native Americans still around here, with two or three of his kids who were born in Virginia, it was quite a trip for him and his wife.”

According to a family tree on The Dunham House website, www.thedunhamhouse.com, the Dunhams are also part of the familial chain connecting Obama with President George Washington. The property was visited by the future president during his campaign in May 2008, Clements said.

Here in Berkeley County, though, those who knew about the Dunham-Obama connection have been keeping it a bit more under the radar. “If somebody wants to know that I’m related to Obama, that’s fine,” Lisa Dunham said. “But I certainly ain’t knocking on his door saying, ‘Hey, Cuz, how you doing?'”